To share your memory on the wall of William Whatley, sign in using one of the following options:

To adhere to CDC guidelines for social distancing there will be no formal visitation. Those choosing may visit Graham Funeral Home, 1112 Kempsville Road, Chesapeake on Sunday, April 19, 2020 from 10 to 4 p.m. A private service to celebrate his life will be held Monday, April 20, 2020 at 11 a.m. His final resting place will be Woodlawn Memorial Gardens, Norfolk. Pease visit www.grahamfuneralhome.com to view the webcast in real time and leave a condolence to the family.
Read Less

To send flowers to the family or plant a tree in memory of William Ernest Whatley Jr., please visit our Heartfelt Sympathies Store.

Receive notifications about information and event scheduling for William

We encourage you to share your most beloved memories of William here, so that the family and other loved ones can always see it. You can upload cherished photographs, or share your favorite stories, and can even comment on those shared by others.

Posted Apr 17, 2020 at 11:59am
My prayers go out for Alice. My son Jake has gotten to know you both and thinks of you as grandparents.
Love Dawn
Comment Share
Share via: 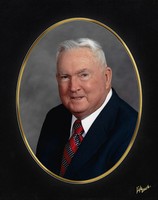