To share your memory on the wall of Sandra Mickelson, sign in using one of the following options:

She graduated from Washington High School and then married Dennis on July 10, 1965. The United States Navy sent them to Norfolk, VA - with Sandy embarking on her first career as a Navy wife. Over the years, the Navy sent them up and down the East Coast with stops back in the Midwest. Along the way, they welcomed three children, Scott, Denise and Chris.

The last stop in their Navy adventure landed them in Virginia Beach. It was there that Sandy began her career in banking. She started with the Bank of Virginia and stayed with them through all the various transitions - Signet, First Union, Wachovia and Wells Fargo. She was with the bank for almost 30 years.

Dennis and Sandy planned to spend their retirement travelling the U.S. in their RV - visiting their two grandsons in Fredericksburg, VA and all of their family back in South Dakota and Minnesota. They were able to make one epic trip out to South Dakota and the Black Hills, visiting family and entertaining their grandson, Jonathan. Unfortunately, Alzheimer's had other plans for their retirement after that.

Sandy loved many things - her husband, Dennis, her children, her grandsons, her friends and Jesus. She loved them all fiercely. Sandy was also creative and made many beautiful things with her hands. She made clothes for her kids and she crocheted and quilted blankets for her grandsons. She really found her calling when she started beading and had a group of ladies that she beaded with, Thursdays @Gu's. There are people all over the U.S. wearing her creations.

Receive notifications about information and event scheduling for Sandra

There are no events scheduled. You can still show your support by sending flowers directly to the family, or planting a memorial tree in memory of Sandra Lee Mickelson.
Plant a Tree

We encourage you to share your most beloved memories of Sandra here, so that the family and other loved ones can always see it. You can upload cherished photographs, or share your favorite stories, and can even comment on those shared by others.

Posted Apr 06, 2020 at 02:54pm
To the family of Dennis Mickelson - We are sorry for your loss and send our heartfelt condolences at this difficult time.

You are loved, Aunt Sandy!
SW

Posted Mar 26, 2020 at 04:53pm
God bless Dennis and all Sandy's family I pray for you all. Sandy was a very sweet and loving lady and a very dear friend to me and I will never forget the last time I seen her all she wanted was hugs and kisses. She was so sweet I had to hug and kiss her the whole visit I just loved her so dearly. I will miss you Sandy but you are resting in peace now and I will see you again on that beautiful shore. God be with you all and remember all the memories and it will help you to think of her beautiful smile. In my prays. Friend of yours from HRCC Shelia
Comment Share
Share via:
D(

Sending my love and virtual hugs through the miles. We will be planting a tree in her honor. Thinking of you all. 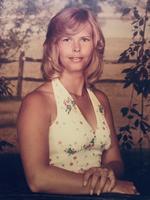