To share your memory on the wall of Ronald Lipps, sign in using one of the following options:

Provide comfort for the family of Ronald Lipps with a meaningful gesture of sympathy.

After the Navy, Ron returned home and continued serving by volunteering at both Rockledge and McKinley Fire Companies. He then started a new career with Sears and Roebuck as an in-home appliance repairman. Ron could fix anything, so this was a natural fit. In his time off, Ron loved to deer hunt in Bucks and Potter Counties. He taught his son Dan how to shoot. And would often tell the story of how Dan, under his coaching, shot the head off a dandelion at 50 feet away with a BB gun.

Later in life he moved to Virginia to be closer to Dan. Unbeknownst to Ron, his life was about to reach its pinnacle. He always had a love for Gospel music. During a particular trying time with his health, he found respite through a local Gospel singing group called Unshackled. The group would visit the retirement community where he lived regularly, and he became their #1 fan. Through their friendship and love, the Lord began to soften Ron’s heart. He found encouragement and experienced a new hunger to seek things of eternal value. He started watching various ministry television shows and would not miss the Gaither Gospel Hour on Saturday evenings. And finally, after years apart from the church, Ron recommitted his life to Jesus Christ as his Lord and Savior. His life was renewed and his eternal security as a Christian secured!

During the final days of his life, his greatest joy was spending moments with his granddaughter, Brielle. He loved talking to friends and family about her big blue eyes.

A service to celebrate Ron's life will be held on Tuesday, Sept.17, 2019 at Graham Funeral Home, 1112 Kempsville Road, Chesapeake at 6:30pm with Tim Lassiter officiating. To view the service online, if unable to attend, and to leave a condolence for the family, please visit: www.grahamfuneralhome.com.
Read Less

We encourage you to share your most beloved memories of Ronald here, so that the family and other loved ones can always see it. You can upload cherished photographs, or share your favorite stories, and can even comment on those shared by others. 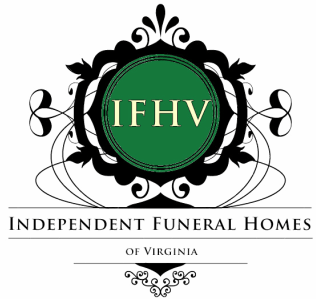