To share your memory on the wall of William Ingersoll, sign in using one of the following options:

To send flowers to the family or plant a tree in memory of William L. "Mike" Ingersoll, please visit our Heartfelt Sympathies Store.

Receive notifications about information and event scheduling for William

We encourage you to share your most beloved memories of William here, so that the family and other loved ones can always see it. You can upload cherished photographs, or share your favorite stories, and can even comment on those shared by others.

Guaranteed hand delivery by a local florist
B(

Posted Aug 31, 2019 at 06:16pm
My deepest sympathies to the family. He was an excellent agent and a great guy. May he rest in peace.
Comment Share
Share via:
S

Posted Aug 31, 2019 at 05:52pm
Thank you for your service to our great nation may you Rest In Peace with Our Father in heaven and your family also find great comfort with The Good Lord.
Comment Share
Share via:
DP

Posted Aug 07, 2019 at 03:50pm
Roma; I was deeply saddened to learn of Mike's passing. He was one heck of a guy and a friend to everyone. He will be missed by many. Unfortunately I will be out of town for the memorial service but my thoughts and prayers are with you and your family during this difficult time.
Dan Pearl
Comment Share
Share via:
RG

Posted Aug 05, 2019 at 03:44pm
My condolences to Roma and family,
Mike was always friendly and upbeat, enjoying his friends and his golf. He left us too soon. He will be greatly missed.
God bless.
Jimmy Thompson
Comment Share
Share via: 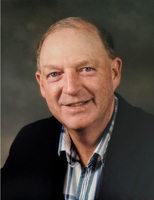