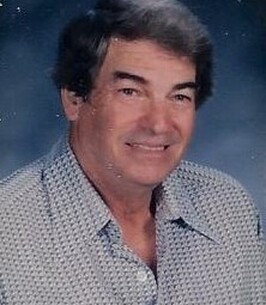 William Alan Emry, “Bill", 85, born in Greely, Colorado on August 5, 1936, passed away peacefully on March 18, 2022. He is preceded in death by his parents, Ray and Vera Emry of Arvada, CO and his brother, John Emry of Virginia Beach, VA. He is survived by his 2 children, son John and his significant other Pam Reiger, and his daughter Elizabeth Emry; his sister-in-law, Dwain Emry, from Virginia Beach, VA; his brother, Darryl Emry and his wife Sally from Briar, WA; Bill’s nephews Mike Emry and his wife Teresa of Chesapeake, VA and Scot Emry and his wife Janet of Newport News, VA; and his long time friend Arlene and the families of her two children, Rita Marie and Denton.

Bill served honorably in the U.S. Navy from 1957 to 1960. Bill earned a Bachelor of Arts (1970) followed by a Master of Arts (1971) from the University of Northern Colorado. Bill was a member of the Masonic Lodge #220 for over 50 years and a retired Industrial Arts teacher at Green Run High School in Virginia Beach.

Bill enjoyed retirement traveling to Pennsylvania, Florida, Sweden, Germany, Italy, Punta Cana and bus tours throughout the U.S. Bill was no stranger to adventures: he rode his Honda Goldwing cross-country from Virginia Beach to San Francisco. Bill was skilled at building houses, carving wood, repairing engines and participating in an occasional dirt track race. There really wasn’t a vehicle that he did not know something about. Bill loved hunting and fishing and always had a story to share. While Bill was considered a “man’s-man”, he was kind and compassionate and enjoyed gardening, bird watching, flower arranging and tinkering on projects around the house. Bill used his love of the outdoors to drive his passion for drawing and painting. Bill was never without a few Hershey Kisses and/or pocket full of Werthers.

Bill will be missed!