To share your memory on the wall of Robert Gossett, sign in using one of the following options:

The family will receive friends on Wednesday, February 19, 2020 from 6 to 7:30 p.m. at Graham Funeral Home and Cremation Services, 1112 Kempsville Road, Chesapeake. A service to celebrate his life will be held Thursday, February 20, 2020 at 1 p.m. at the funeral home. He will be laid to rest at Rosewood Memorial Park, Virginia Beach with full military honors. Please visit www.grahamfuneralhome.com to view the service and to leave a condolence to the family.
Read Less

To send flowers to the family or plant a tree in memory of Robert E. Gossett, please visit our Heartfelt Sympathies Store.

Receive notifications about information and event scheduling for Robert

We encourage you to share your most beloved memories of Robert here, so that the family and other loved ones can always see it. You can upload cherished photographs, or share your favorite stories, and can even comment on those shared by others.

Posted Feb 16, 2020 at 06:13am
I am so sorry to hear of Bob's passing. I worked with Bob for many years. He and I would walk from time to time at lunch for exercise, and we shared in conversation about our lives. He was a wonderful person and it was my pleasure to work with him and most of all to be friends. Please accept my condolences. At this sad time I offer my deepest sympathy and prayers to the Bob's family.
Comment Share
Share via: 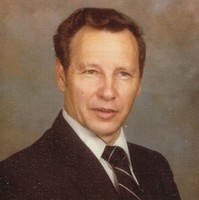