To share your memory on the wall of Marilyn Burgess, sign in using one of the following options:

Provide comfort for the family of Marilyn Burgess with a meaningful gesture of sympathy.

Marilyn had a long and successful career with US Gypsum working in the accounting department. She was a dedicated member of South Norfolk Baptist Church giving her time and money showing her strong faith and love of God.

The day the Lord called Marilyn home, she was greeted by two of her closest friends, Annie Greico and Brenda Onley, each of whom held a place in her heart. She is preceded in death by her older brother, Jesse Lee Burgess, Jr. She is survived by a sister, Betty Burgess Abbott as well as many nieces and nephews, great nieces and nephews as well as some great great nieces and nephews and her special friend, Joyce Isbel. She knew many individuals that were blessed to be called her friends. She received her care in the last several years by a very special lady, Patricia Fitchett, who quickly became a “member” of the family and whom considered Marilyn to be like a “grandmother” to her.

A service to celebrate her life will be held Sunday, October 20, 2019 at 2 p.m. at Graham Funeral Home, 1112 Kempsville Road, Chesapeake with Chaplain James Ravenell officiating. Following the service everyone is invited to remain for a reception at the funeral home. She will be laid to rest at Riverside Memorial Park, Norfolk. Please visit www.grahamfuneralhome.com to view the service and to leave a note of condolence.
Read Less

To send flowers to the family or plant a tree in memory of Marilyn Helen Burgess, please visit our Heartfelt Sympathies Store.

Receive notifications about information and event scheduling for Marilyn

We encourage you to share your most beloved memories of Marilyn here, so that the family and other loved ones can always see it. You can upload cherished photographs, or share your favorite stories, and can even comment on those shared by others.

Posted Nov 10, 2019 at 01:23am
Thoughts and Prayers are with your family! We were neighbors of Marilyn for many years. She was a Great lady.
Sincerely
The Ackerman Family

Posted Oct 16, 2019 at 10:05am
I got to know Miss. Marilyn threw the US Gypsum plant and she also was my Sunday school teacher. She was a amazing woman always smiling and warming everyones hearts.
Comment Share
Share via:

Posted Oct 12, 2019 at 07:19pm
Our family is sad to hear of Marilyn's passing. She was an awesome woman. She and Ms. Ann worked with the awana's team and loved each and everyone of the kids. She was well lived by our family. So glad that she will be in heaven with our Lord. Goodbye Ms. Marilyn you will be missed.
Comment Share
Share via:
PN

I always appreciated Marilyn's abilities and status in women's sports. I am from South Norfolk and had a front row seat to her talent, skill and leadership in the women's sports arena. However, my more personal relationship with Marilyn came through her support and mentoring in Bethel 12 of Job's Daughters . As a leadership position and recorder in that setting she supported and mentored me as I may my way through the line to Honored Queen. I credit this experience as providing a strong foundation for my professional development later in life. With Marilyn's passing it is an end of a special time for women's sports and South Norfolk. Thanks, my friend. It is very strange that I actually had a dream about you last night in the Job's Daughter's setting. You will never be forgotten. Peace .... Patricia Nicholas 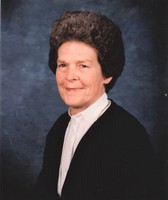