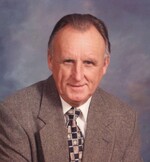 Kenny, affectionately known as K.P. by friends and co-workers, was a hard-working man who supported his family with his own business, Davis Mechanical Corporation, as a plumber, and as a pipefitter at Norfolk Naval Shipyard. He faithfully served the Lord as a member of South Norfolk Congregational Christian Church in various ministries through the years as a Deacon and trustee; a member of the Official Board and the Chancel/Joy choir; and the nominating, budget, Education Wing Building, and mission committees. He was also an AWANA leader and Senior High Sunday school teacher. Kenny made good use of his skills in maintenance serving in the Church’s handy helpers’ ministry (a ministry that provided maintenance to individuals in need) and as the resident plumber for the Church and for Cornerstone Christian school.

Kenny enjoyed spending his time with his family sharing his knowledge, great sense of humor, and talents as a skilled woodworker and photographer. For many years, he was a member of the Church’s softball team and the Church’s unofficial photographer. His love of singing led him to form the New Life Quartet with his brother, sister-in-law and a dear church friend. They shared their talents for the Lord performing in other local churches and nursing homes.

A service will be held at 2:00 p.m. Friday, January 15, 2021, at South Norfolk Congregational Christian Church (SNCCC), 1030 Jackson Ave., Chesapeake, VA 23324. In lieu of flowers the family would be honored by donations made to Ethnos 360: Cross Cultural Missions (https://ethnos360.org/give). Graham Funeral Home, 1112 Kempsville Road, Chesapeake will be caring for arrangements please visit www.grahamfuneralhome.com to leave a condolence to the family.