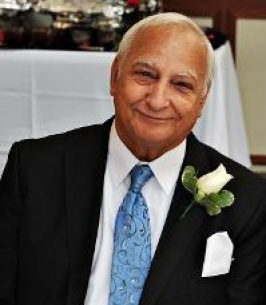 Joseph "Joe" Eugene Mansfield, 83, passed away peacefully with his wife by his side on February 6, 2022. His family is comforted with the knowledge that he was a born-again Christian and has entered into eternity with his Lord and Savior.

Joe was the son of the late Richard, Sr. and Elizabeth Mansfield. He was preceded in death by his brother, Richard Mansfield, Jr. and his sister, Linda Mansfield Leggett.

Joe was born in South Norfolk and graduated from Oscar Smith High School. He went on to serve as a Corporal in the United States Marine Corps with 8 years of total service split equally between active and reserve duty. He eventually retired after 28 years as a supervisor for the NOVA Chemicals Corporation in Chesapeake.

Joe was a longtime member of Grace Baptist Temple in Chesapeake. He enjoyed the outdoors, camping, tinkering on various projects in his garage, flying as a licensed private pilot in his earlier years, and spending time with his children, grandchildren, and great-grandchildren.

The family will receive friends at Graham Funeral Home & Cremation Services, 1112 Kempsville Road, Chesapeake, on Sunday, February 13, 2022 from 2-4 p.m. A service to celebrate his life will be held at the funeral home on Monday, February 14, 2022 at 4 p.m. He will be privately laid to rest in Glade Springs, VA. Please visit his webpage at www.grahamfuneralhome.com to leave a note of condolence.

In lieu of flowers, the family asks that donations be made in Joe’s memory to charities supporting diabetes and kidney disease research.