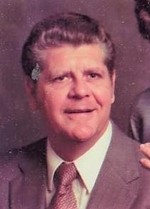 James “Jim” Johnson, 90, of Chesapeake, VA, went to be with the Lord on Tuesday, September 24, 2019. Born April 20, 1929 in Portsmouth, VA, Jim was the son of the late Andrew B. Johnson and Marion Gaskins Johnson. Jim served in the U.S. Air Force during the Korean War. After 36 years of government service, he retired from the Norfolk Naval Shipyard in 1990. Jim was predeceased by his parents, two brothers, Andrew Johnson Jr., Paul Johnson, and two sisters, Mary Leigh Jones and Patricia Richmond.