To share your memory on the wall of James Bibb, sign in using one of the following options:

He was a proud lifetime resident of Norfolk. He was the epitome of the saying that someone was so giving that they would give you the shirt off of their backs. He was the first person that family and friends would call when they needed any kind of help. For Kent, it did not matter what kind of help was needed or when it was needed, if he was called, he would just go. With him being an avid animal lover, many times he put his own health in jeopardy to go save any animal that was in need. He enjoyed watching most sports, movies and television shows. Many times having to be able to watch those movies and shows as soon as they were available to see. He was a dedicated mechanic and loved most things with two, three and especially four wheels. Most people knew that if you purchased a new vehicle one of your first stops better be so that Kent could see it. And he would do the same.

Those that knew Kent well will remember him as being a jack of all trades but master of none. However it never would stop him from trying anything. He will also be remembered for having a very strong opinion that many times would result in a good debate. Although no one could sway him from his original stance as with Kent, you knew where you stood.

Left to honor and cherish his memory, along with his wife, are several brother and sister in laws, and many nieces and nephews. A service in remembrance of his life will be held at a later date. Please visit www.grahamfuneralhome.com to leave a condolence.
Read Less

Receive notifications about information and event scheduling for James

There are no events scheduled. You can still show your support by sending flowers directly to the family, or planting a memorial tree in memory of James Kent Bibb.
Plant a Tree

We encourage you to share your most beloved memories of James here, so that the family and other loved ones can always see it. You can upload cherished photographs, or share your favorite stories, and can even comment on those shared by others.

Posted Sep 18, 2020 at 11:34pm
Kent, you were my fellow animal lover and a dear, dear friend. Now, as you have crossed the Rainbow Bridge, I know
that many of our little creatures were there to greet you -- especially "Petite Pete" -- the little parakeet you nicknamed
for me. Stay with us, your friendship is a cherished memory!
Comment Share
Share via: 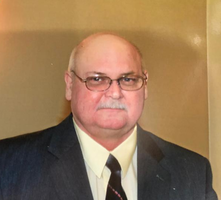