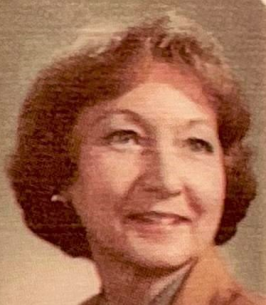 Constance Miller Huston-Tucker, 87, of Chesapeake went to be with the Lord on Thursday, April 28, 2022. She was born in Norfolk, VA across from City Park to the late Curtis Hugh Miller and Maretta Florence Carawan Miller. She graduated from Maury High School in 1953 and DePaul School of Nursing in 1956. She served as a Lieutenant in the Air Force as a labor and delivery nurse stationed at Travis and Tachikawa Air Force Bases and later was a head nurse and Supervisor of Obstetrics at DePaul Hospital. Her three children were the light of her life and her grandchildren, who called her “Grandma,” were a tremendous source of joy and pride. She was a member of Oaklette United Methodist Church where she served as Chairman of the Trustees, worked in the Food Bank and served on many other committees. She also volunteered with the Red Cross, Chesapeake General Hospital and the Girl Scouts. She was a member of Beta Sigma Phi sorority since 1963. She was founder and owner of Ann’s Hallmark in Great Bridge for 20 years. She loved animals, UVA basketball, the N.Y. Yankees, the Dallas Cowboys and attending the sports activities of her grandchildren.
She is survived by her husband, Richard M. Tucker; her brother, Leslie Miller and wife, Ann; three children, Teresa Walsh and husband Matt, Doug Huston and wife Nancy Reed, and Joan Michaud and husband David; one step-daughter, Deborah Mundy; eight grandchildren, Hannah Huston, McCall Huston, Reed Huston, Anna Michaud, Jack Michaud, Jordan Walsh, Brandon Walsh and Mia Michaud; two step-grandchildren, Justin Mundy and wife Danielle, and Alex Mundy and wife Lauren; and three step-great-grandchildren, Mason, Colby and Noah.
The family will receive friends at Graham Funeral Home, 1112 Kempsville Road, Chesapeake, on Thursday, May 5, 2022 from 6-8 p.m. The funeral will be held at Oaklette United Methodist Church, 520 Oaklette Drive, Chesapeake, on Friday, May 6, 2022 at 11 a.m. She will be privately laid to rest at Chesapeake Memorial Gardens.
In lieu of flowers, donations can be made to Oaklette United Methodist Church in Connie’s name.