To share your memory on the wall of Aubrey Thomas, sign in using one of the following options:

Aubrey joined the Air Force at age 18 and served as a fire protection specialist fighting fires on base as well as assisting civilian fire departments when needed. After his discharge, he eventually went on to build a career in massage therapy and practiced in Florida where he resided until returning home to Norfolk to be close to his family. Aubrey subsequently went on to serve his country in a different way as a civilian employee on the Oceana Naval base. He was a beloved 15-year veteran of the Dept for the Blind and Vision Impaired and served in multiple roles over that time with the related agency, Virginia Industries for the Blind. His final role was as an Assistant Store Manager at the Oceana Base Supply Center in Virginia Beach. Just as Aubrey touched the hearts of those in his personal life, he also had a profound impact on those in his professional life. The diversity in his careers throughout his lifetime was certainly demonstrative of the life he lead as a man of many skills.

Despite suffering from a deteriorative eyesight condition resulting in significant vision impairedness, Aubrey will be remembered by his strength and by his independence. He was a pull-yourself-up-by-the-bootstraps and a do-it-yourself type of guy. He was never defined by his loss of vision but he was defined by what he chose to make of it. He chose to leverage his weakness into that of a strength and he chose to use his witty sense of humor and outspoken personality to exemplify what could be accomplished against all odds. Aubrey’s determination was an unrivaled force of nature and we all can learn from the way that he lived his life.

Funeral services will be held Saturday, Aug 8, 2020 11AM at Graham Funeral Home, 1112 Kempsville Rd, Chesapeake, VA 23320, with Pastor Mark Bauer officiating. In lieu of flowers, donations may be made to the Dept for Blind and Vision Impaired with a check payable to “DBVI”, with Aubrey’s name on the memo line, mailed to Commissioner Hopkins at 397 Azalea Ave, Richmond, VA 233227.
Read Less

To send flowers to the family or plant a tree in memory of Aubrey Langley Thomas, please visit our Heartfelt Sympathies Store.

Receive notifications about information and event scheduling for Aubrey

We encourage you to share your most beloved memories of Aubrey here, so that the family and other loved ones can always see it. You can upload cherished photographs, or share your favorite stories, and can even comment on those shared by others. 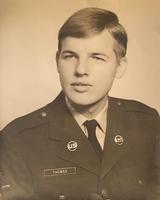 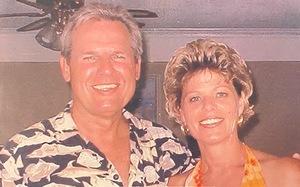 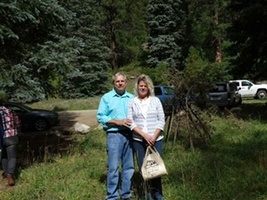